This bumper issue of Unconscious Archives offers a foray into the transcendental world of flicker and colour fields, monstrous electronics, energized animatics, and kinetic and kinesis film forms.

A disgorged paradise-found junkyard of light and sound machines with ocular and aural intricacies to raise the spirits.

Sculpture rock the house with their special brand of outsider polymedia rave warp, with dizzyingly twisted ear and eye candy set to melt your mind and give you synesthesia. Joel Stern takes us on a interstellar expedition to uncover the tenuous slip streams between audiovision. Roger Beebe constructs worlds within frames with expanded film beams and dredged photochemical investigations made from hand crafted cine devices. Stephen Cornford looks for the ghost in the machine by physically dismembering playback equipment. Simon Payne presents a new triple channel video work using colour and tone to exploit the flicker to new effect eliciting gorgeous stroboscopic mind melt.
▁▁▁▁▁▁▁▁▁▁▁▁▁▁▁▁▁▁▁▁▁▁▁▁▁▁▁▁▁▁▁▁▁▁▁▁▁ 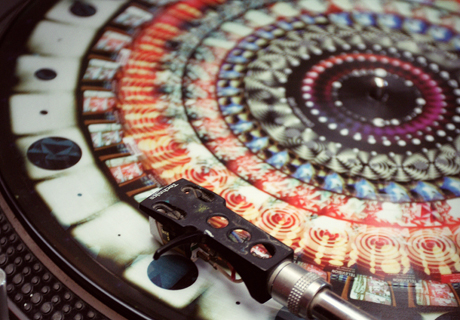 Sculpture is the duo of electronic music producer, Dan Hayhurst and animator, Reuben Sutherland – manipulating digital and analogue media into energetic sonic and visual amalgams, inspired by a continuum of exploratory practice in music and abstract film and video while following their own idiosyncratic vision – a DIY aesthetic which encompasses pop, appropriative collage, cut & spliced techno, noise, early electronics, the avant garde and Looney Tunes, mechanical and digital animation techniques, tape edits and computer programming, heart and head, past and future. 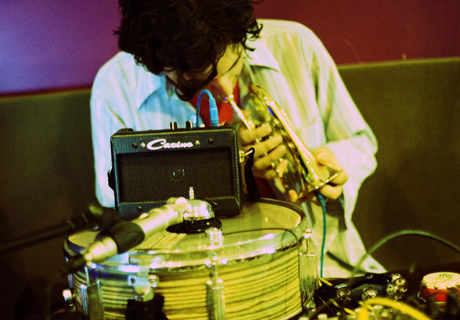 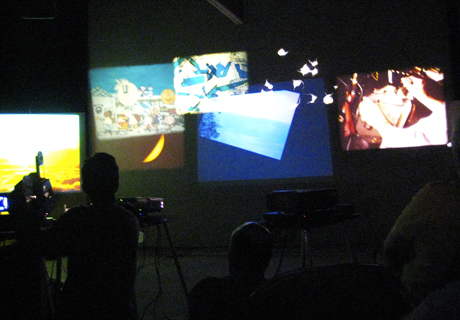 Roger Beebe uses DIY darkroom techniques including a contact printer made from a bike headlight, toilet paper tube, rewinds, and sync block, to construct expanded cinema screens and luminous film forms. Roger Beebe is a professor of Film and Media Studies at the University of Florida. Beebe has screened his films around the globe at such unlikely venues as McMurdo Station in Antarctica and the CBS Jumbotron in Times Square as well as more traditional venues such as the Museum of Modern Art and the Pacific Film Archive in addition to numerous festivals, among them Sundance, the International Film Festival Rotterdam, and New York Underground. He has won dozens of awards including a 2009 Visiting Foreign Artists Grant from the Canada Council for the Arts, a 2006 Individual Artist Grant from the State of Florida, and Best Experimental Film at the 2006 Chicago Underground Film Festival. In addition to his work as a filmmaker, he is also a film programmer: he ran Flicker, a festival of small gauge film in Chapel Hill, NC, from 1997-2000 and is currently Artistic Director of FLEX, the Florida Experimental Film/Video Festival. He also owns Video Rodeo, an independent video store in Gainesville, FL, USA.
Roger Beebe 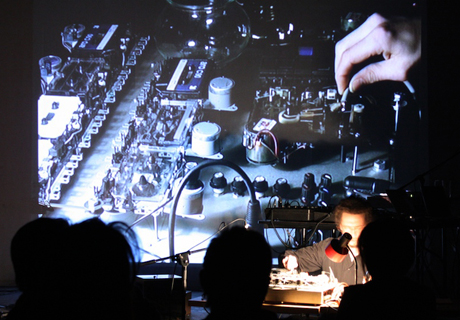 Stephen works at the intersection of sculpture and music, using sound and noise to investigate the physical qualities of the world around him. His work alters our assumptions of familiar objects, musical instruments and audio technologies often simply by amplifying the previously inaudible. Stephen’s work inhabits both gallery and gig, taking the forms of kinetic installation and process-based performance by turns, always searching for situations in which the material; whether solid, spatial or sonic; controls the outcome as much as himself.

Stephen is currently a Research Fellow at the Sonic Art Research Unit of Oxford Brookes University. He also works as an improvising musician and has established ongoing collaborations with Samuel Rodgers, Ben Gwilliam and Patrick Farmer & Sarah Hughes.
Stephen Cornford 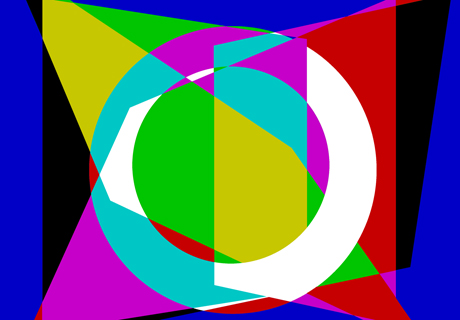 Iris Out is composed of single frames from sequences of expanding or contracting circles – resembling an eye that returns the gaze of the spectator. At the midpoint of the piece interwoven rows incorporate nine contrasting sequences comprising six different colours and tones in alternating combinations. Besides the physical impact of this piece, I am primarily interested in the relation between the edges of planes/shapes and the confines of the screen, and what’s fascinating to me is the way in which the colour fields are reproduced by the eye and brain, affecting consciousness and perception. Iris Out3 is mutli-projection version, newly formatted for each screening. – Simon Payne

Simon Payne’s work has been shown in numerous festivals and venues including: Anthology Film Archives, New York; the Rotterdam International Film Festival; the European Media Arts Festival, Osnabrück; Pacific Film Archives, San Francisco; Media City, Windsor, Ontario; the Edinburgh Film Festival; the Serpentine and Whitechapel Galleries in London; and at Tate Modern for whom he also curated a series of programmes, entitled Colour Field Films and Videos, in 2008. His videos are distributed by the artists’ film and video organisation LUX, and they are also kept at the British Artists’ Film and Video Study Collection at Central St. Martins College of Art. He is Senior Lecturer in Film and Media Studies at Anglia Ruskin University, and lives in London. He is also editor of Sequence, published by no.w.here
Simon Payne