UA4 is teaming with other worldly light fantastic machines and aural intricacies to ripen the apocalyptic new year.

Lynn Loo concocts a garden of colour and form for 16mm film accompanied by Steven Ball on sonic manufacturing. Ian Helliwell takes us as close to intergalactic planet watching as your going to get this year. Graham Dunning seeks to cement our appreciation of vinyl with his tough loving of it. Lee Gamble completes the circuit with a music box workout that will disfigure the biosphere leaving detritus and debris thick enough to rival the amount of space junk out there.
▁▁▁▁▁▁▁▁▁▁▁▁▁▁▁▁▁▁▁▁▁▁▁▁▁▁▁▁▁▁▁▁▁▁▁▁▁ 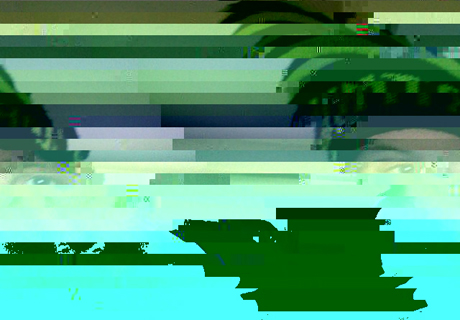 Lee Gamble is a founding member of the UK based CYRK collective. He explores abstraction through the computer, improvisation, digital synthesis, process, and the deconstruction/reconstruction of form.

He is interested in disfiguration, parasites, psychoacoustics, communication/anti-communication, abstract space, malfuction and dis/order, modification, absurdity, pattern repetition. With interests like these, Lee is a dangerous man on the loose.

‘The configuration of material (ex nihilo) via various digital synthesis methods, prompts further digital disfigurations and reconfigurations. What you then have left is often the detritus or debris of an idea. Phantasms of both previous and current musical, pseudo-scientific and sculptural influences are manifest as new material abstractions, created from the digital blank canvas. This pure abstraction allows several interests to appear in the works simultaneously’. – Gamble
CYRK
Lee Gamble SoundCloud 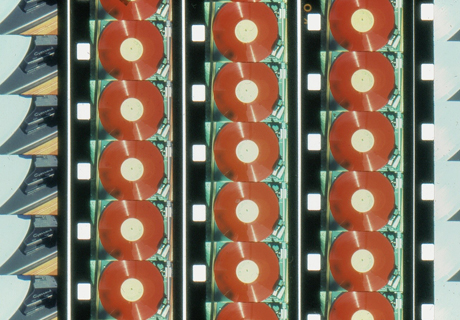 Inventor of the Hellisizer 2000 and purveyor of Practical Electronica, Helliwell is a mad professor of handmade film and handwoven wires.

Based in Brighton, Helliwell has devised multi-projector light-shows for concerts and club spaces with his collection of handmade and found slides, optical wheels and Super8 film. He is a curator and collector with a special interest in early electronic music, world’s fairs, abstract film and tape music. He runs workshops, assembles themed programmes for film festivals, and creates pieces for radio including the ongoing series The Tone Generation.

He has recently finished his first feature length documentary film, Practical Electronica on the work of F.C. Judd and early British electronic music. Screens Thurs 9th Feb at Cafe Oto! Also see the January edition of the Wire for a full spread on Helliwell! 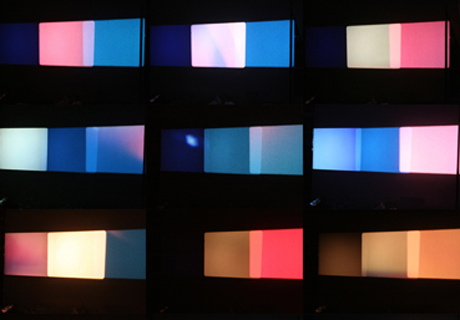 Lynn Loo is originally from Singapore and these days conducts expanded cinema business in London. Loo derives her sensibilities for expanded cinema from her musical background and has applied her film forms to create mesmerising colour fields in her solo work, and multi projection experimentation for collaborations with partner Guy Sherwin. Previous works include ‘O’ (2004), ‘Vowels’ (2005, 2x 16mm projection) and ‘End Rolls’ (2009, 4x 16mm projection). Loo has also collaborated with Sherwin on several film performance pieces and together they have toured internationally with a programme of live film performance works.

‘My early films were compositions of images and sound that suggested narratives or conveyed an event without text or words. Since 2004 I began experimenting with the celluloid material of film and moved into multiple 16mm projection performance. This was after I had been introduced to the practice of expanded cinema by artists involved in the London Film-Makers’ Co-op of the 1970s. I will be presenting the latest two works – End Rolls and Autumn Fog’. – Loo
Lynn Loo

Loo is joined by Steven Ball on sound. Ball is an artist, writer and curator working mostly within film and video art, expanded audio-visual installation and performance. He has exhibited extensively in the UK, internationally and online. He is currently Research Fellow at Central Saint Martins College of Art and Design in London attached to British Artists’ Film and Video Study Collection. Steven is co-editor of the book Expanded Cinema recently published by the Tate.
Steven Ball 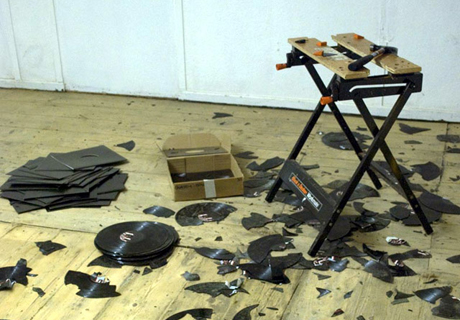 Dunning performs using modified turntables, altered and adapted records, field recordings pressed to dubplates and self-built electronics. ‘The sounds present on the records I use are less important to me than the sounds I can impose onto them. As such, a metal disk with a hole in the middle is as valid a sound source as a pristine vinyl recording’. – Dunning

Dealing with temporality, memory and narrative through sound, performance and installation, Dunning is interested in people’s discarded memories and the function of archiving. Found objects, photographs and recordings inform experimentation bounded by scientific or archaeological protocol.

‘Sound and its relation to loss, nostalgia as mourning; exploring the world through listening and the specific sonic topologies of specific places; the questionable historical or other “objectivity” of an object; organising, arranging, and composing versus unpredictable inputs, random factors and chance operations; archiving, collecting and documentation in tension with ambiguity and open interpretation; and analogue and digital technologies and their (exploitable) limitations’. – Graham Dunning
Graham Dunning