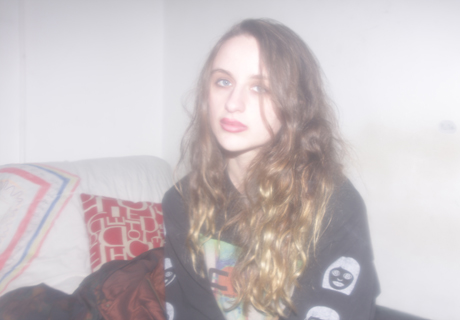 Reba Fay, aka Swan Meat, is a poet, audio engineer, and composer from Washington, D.C. who produces musical assemblages fit for darkened club or dystopic cinematic landscape, eeking forth from bedroom producer to festival highlight. Her musicality reflects her approach to the sound making process– combining coding and audio software investigations with vocal and poetic iterations– taking the bystander on an underworld journey through fresh compositions fed with a plenitude of well articulated ideas and concepts. Drawing upon by her experiences with chronic illness and body dysmorphia, Swan Meat embarks on a journey that processes, expands and informs our sense of decay, renewal and expression– her tracks and live sets summon personal electronic soundscapes in excruciating detail, melding arhythmic sound design, sonic detritus and plunderphonic samples with wavering and pitch shifted voice to form a warm possessive undercurrent. Swan Meat’s debut EP Bounty (Permalink) was featured as one of Mixmag’s best club/bass releases of the month, and Tiny Mix Tapes has called her work “a seamless crossover […] from fine art and literature to music.” Recent releases include Knife Splits Ice, a collaborative EP with the Japanese producer Yoshitaka Hikawa featured on Resident Advisor. 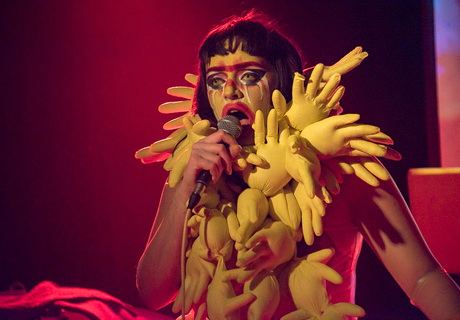 “Your body is a sensory device, each sense can be manipulated / modulated and played like an instrument. You are both superhuman and human-synthesis. The layers of your anatomy come to represent a process or modulation of how you can be played.” – Natalie Sharp

Lone Taxidermist is the utterly bizarre and otherworldly ruptured activity generated by Cumbrian musician, costume maker, skin decorator, performer and natural provocateur Natalie Sharp. Her performances manifest icons and deities drawn from the corners of the (Post-)Internet, with Sharp herself embodying and channeling ‘cake-sitting’ and new dominatrix tactics– all wrapped in plastic and smeared in whipped cream. Her performances have been known to turn audiences members into exhibitionists– tales transpiring of sensorial acts of gender bending, food porn and squelchy mass ritual. Sharp effortlessly blends ‘instruments’ which come to hand– whether that be songwriting, multi-instrumentalism or mastery of non-standard instruments like musical saw and theremin, stagecraft, costumes, graphic art, video making, face paint, vocal technique, remixing and DJing. Sharp has performed and created glorious and gory stage, costume and body concepts for Jenny Hval’s European tour, and worked live with Gazelle Twin as a performance artist and vocalist. Lone Taxidermist’s recent album Trifle – a synth-pop electro fusion threaded with Sharp’s distinct vocalisation– has been gaining ground due to Sharp’s driven approach described by The Quietus as “(a)n unholy amalgamation of Grace Jones, Ari Up and John Cooper Clarke, her vocal styles veer all over the place from stream of consciousness poetry in her Cambrian drawl to diva-esque wails and jarring harmonies”. Her new project BodyVice identifies with establishing interfaces between the human body and technology to create new sensory zones between performer and audience– and promises to be a mind boggling episode of industrial spandex and lactose noise. 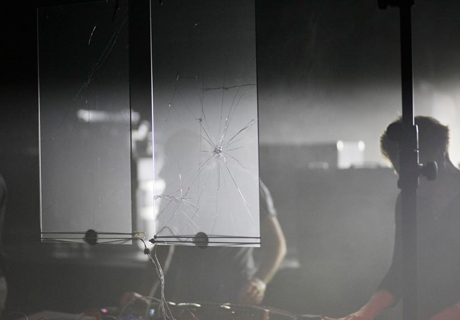 The Viennese based duo of Kutin | Kindlinger work across sound, video, sculpture and information technology. The duo seek points of friction within their investigations and interrogations of diverse media– the potential psychological twists between sound–image–object and place becoming form. Their artistic output takes in live audiovisual and sound art performances, sound design for film and documentary, field recording and industrial scale installation through which they seek to develop ‘technical prophesies’– an urgency to expand our awareness of sonic signals that usually remain undetected by our limited human senses– imbibing us with uncanny new perspectives. Co-founders of Ventil Records, Peter Kutin and Florian Kindlinger seamlessly offer a sculptural perspective– carving sonic textures out of well selected source-materials and favouring musical concept instead of genre– their mixed-media compositions and ‘audio-films’ imagine a world in which the tiniest sounds are amplified to an extreme level to create a form of acoustic-hyper-realism.

The duo’s artistic oeuvre includes film scores for Nikolaus Geyrhalter’s sci-fi-esque scenes of abandonment in Homo sapiens (Best Sound Design, Diagonale Film Festival 2017), and industrial-scale research in the documentary CERN; as well as radiophonic soundscapes Desert Bloom produced with Christina Kubisch– a sonic-essay about erosion, decay and time based on unedited, raw audio-recordings from one of the driest deserts, the Atacama in Chile; and A Glacial Tune realising the resonant frequencies of a crevasse 3200 meters high in the Alps of Stubai, Austria, as audible effect referencing Alvin Lucier’s I Am Sitting In A Room. Kutin | Kindlinger present an iteration of Variations on Bulletproof Glass [IV in their Decomposition series– both an action and a resulting film detailed by Tristan Bath in The Wire #400, in which a 6 meter square sheet of bulletproof glass is attacked with weaponry, reminiscent of and reactant to, the duo’s trip to Sarajevo] whereby glass-panes are used as transparent projection screens as well as audio-feedback-paths using a multichannel audio-setup fed by tactile microphones. 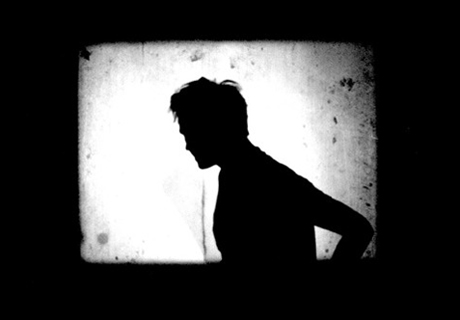 Stray Landings is an online electronic music publication and label dedicated to bringing to light the best in forward thinking new producers. The magazine regularly reviews releases they feel stand out as original, unique and deserving of more attention, and provides guest podcasts (including a monthly show on Resonance FM) to showcase new music, interviews with upcoming artists and articles on current issues within the scene. They have been previously awarded as ‘Blog of the Week’ in the Guardian.

Co-founder of the website, Georgie McVicar, will be DJing choice selections from their vast catalogue.

Grab a copy of a limited run publication by the Austrian Cultural Forum London featuring new conversations and critical urgencies in digital art with contributions by practitioners and curators including:

SONICA is a festival from Ljubljana of (electronic) music, sound and art conceived as a showcase of the annual program produced by MoTA – Museum of Transitory Art. Experimental in nature it questions exhibition and staging formats, crossing borders between art and theory, object and performance. It is a temporary laboratory consisting of production and research residencies, exhibitions, performances and public interventions, with a special focus on the intersection of music, sound, visual art, media and other art forms. MoTA – Museum for Transitory Art is a member of SHAPE Platform, EU.

The Austrian Cultural Forum London (ACF London) is the Cultural Section of the Austrian Embassy in London and promotes cultural contacts between the UK and Austria by organising events and supporting artists and projects in the fields of music, performing arts, visual arts, literature, film and science. The ACF London arranges, initiates, facilitates and supports around 150 events per year, half of which take place at the ACF’s own premises in the heart of Knightsbridge. 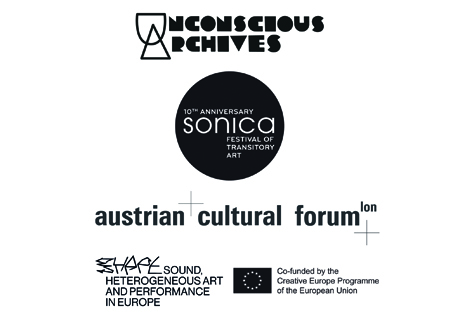