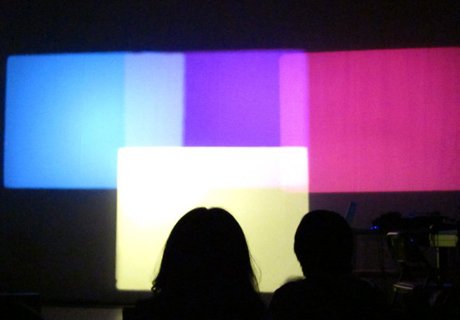 ‘If a film strip and projector are parts of the same machine, then ’a film’ may be defined operationally as ‘whatever will pass through a projector.’ The least thing that will do that is nothing at all. Such a film bas been made. It is the only unique film in existence’. – Hollis Frampton.

The Projectors
“16mm optical sound based on the non-sync beep-sound used to synchronize image and sound. Throughout the history of cinema, we see the countdown leader and hear the beep sound just before the start of the first image of a long film. In this performance, we hear sounds and emotional residues from narrative cinema such as humans laughing, clapping, and cheering. The projectors acts as the protagonist in this performance, facing the audience." – Lee
Hangjun Lee
Balloon and Needle
Vimeo 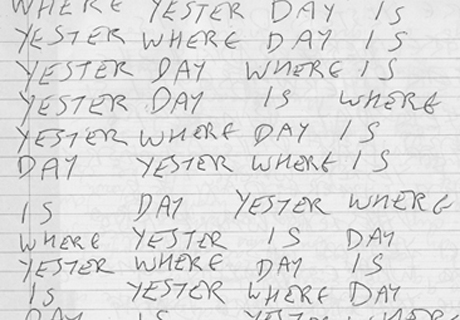 Founder and curator of the Klinker club in Hackney, poet, filmmaker, and musician presents a retrospective of rarely screened Super 8 films including: Nodding Jesus, Beard, Weir, and Mustafa Dinger, with live musical accompaniment by Hugh on guitar, violin, words and drum.
Hugh Metcalfe 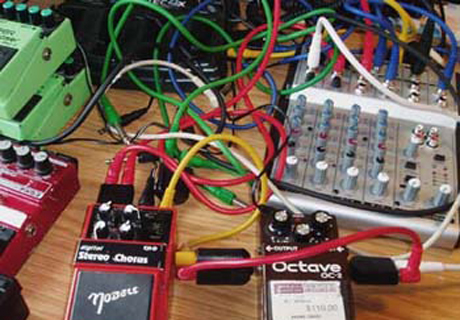 Live analogue electronic feedback loops, made from small amplifiers, mixers and modulators. Connected into circuits these gadgets start to oscillate and interact with each other in unpredictable ways, and at the helm, an unpredictable composer.
Boring Like A Drill 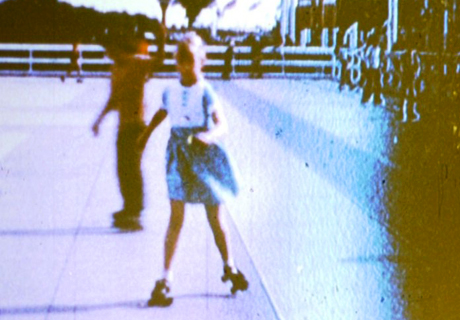 Made during a residency at the Northern Film Archive (NRFTA), this film is about Gillian learning to skate. Her progression provided allegorical inspiration for learning new home printing techniques. Gillian in her film becomes a success in the eyes of the establishment. Maybe she became too good? Made on the JK optical printer at no.w.here and the contact printer at the Filmbee lab in the Star and Shadow, Newcastle.
Watch Gillian on Vimeo