Bruce McClure steps off the international stage to treat an intimate audience at Apiary Studios to his durational, banging, attack and decay on overdriven celluloid with an hour long film and sound projection performance. With support from Roberto Crippa providing his special brand of corporeal-aural intensity. 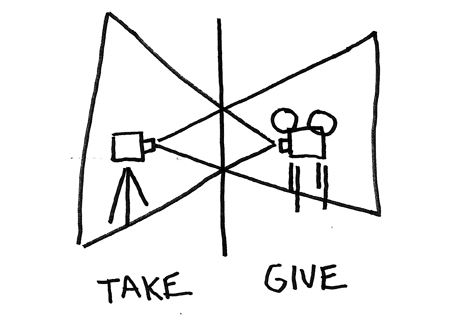 ‘Bruce McClure’s film projector is a weapon. Its ammunition is raw light. Darkness is both its adversary and its matrix. Radiant blasts inflame the theatre of perception. The void retaliates. This is a cinema of thunder and light­en­ing.’ ­- OtherFilm

McClure forcefully employs the phenomena of visual flicker and the phasing of sound to create long form, trance like states of ‘ecstatic reverie’. Adapting the gate of the projector by inserting metal plates, and using alternating loops of flicker film, McClure deftly adjusts projector focus and lamp intensity to elicit physiological effects. Film loops double up as a pulsing optical soundtrack, which McClure modulates using guitar delay and distortion pedals to exact a polyrhythmic experience.

McClure’s photocopied, hand stamped and signed “film treatments” which he hands out before his shows allude to his background profession as an architect and his association with ‘para-cinema’. Inspired by real-time alteration of mathematical-style time patterns and re-workings of geometric forms, McClure’s projection performances apply a deranged and destructive metronomic process to sound and light. 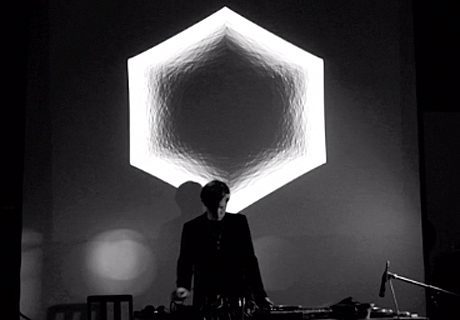 Roberto Crippa is a Milanese sound artist, composer and improvisor based in London. His work investigates how human bodies and physical objects respond to architectural acoustics and resonant frequencies. Roberto has always been more interested in sounds and noises, their relationships, contrasts and analogies rather than harmonic theory. His work engages in the effects that sounds (particularly bass sounds) have on the human brain and body from a perceptual point of view. His music combines real-time performance on custom analogue oscillators and effect pedals with acoustic sound sources such as zithers, bells and percussion instruments. With some highly anticipated releases in the pipeline, Crippa has been published by various labels including We Can Elude Control and Wasted Capital, and was recently featured on Secret Thirteen.