UA presents this special edition ‘Dingo Ate My Brûlée’ in honour of the overwhelming brigade of Aussie performers, and our sole French bastion of celluloid light. A reverse invasion, key members from Australia’s noise band and label scene swamp our stage to present a new and truly improvised formation, joined by ex-pat Jayson Haebich on home brewed smog and light de-fraction control. Phantom Chips zips up her home made wearable synths and buttons up her power supply to bring you an un-fashion show like no other. And our beacon of light Xavier Quérel of Metamkine fame brings his truly awesome, intimate and bleedingly bright solo expanded cinema show to town. All of this for the first time in London!
▁▁▁▁▁▁▁▁▁▁▁▁▁▁▁▁▁▁▁▁▁▁▁▁▁▁▁▁▁▁▁▁▁▁▁▁▁ 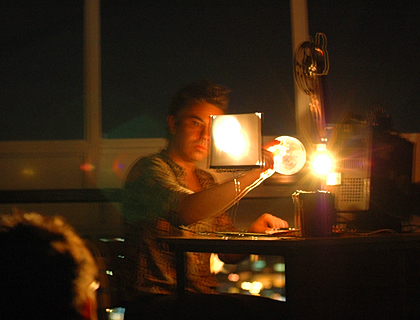 UA is honoured to present French expanded cinema artist Xavier Quérel’s solo performance. Focusing on performance with light and film, Quérel considers the film projector as an instrument. Applying his experience in improvisation, he has developed idiosyncratic techniques and ingenious manipulations allowing him to play with the spontaneity of a musician. He plays with “La Cellule d’intervention METAMKINE” – film/music performance based on improvisation, with Jérome Noetinger and Christophe Auger. Transversing the continents, he has been invited to perform and participate at art institutions, festivals, independent clubs, squats and small villages deep in the African bush. He co-founded “L’Atelier MTK”, a collective ‘handcraft’ cinema laboratory for experimental cinema techniques.

“Taking part in a performance of expanded cinema means giving oneself up to the synaesthetic experience, setting aside the traditional rules of film language and developing a receptive attitude, free of critical criteria… Light is the starting agent of this chain reaction, the projector its tool.” – Quérel
Cellule d’Intervention Metamkine 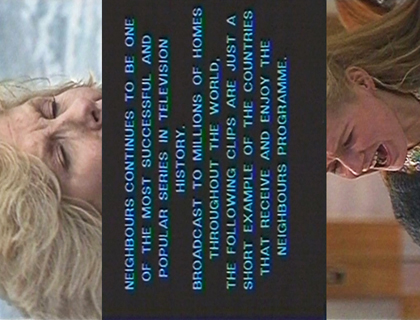 THINK.
Why did the Great Grandad leave?
Australians in Europe never see.
He was consigned to a boat, after using a huge great cleaver. 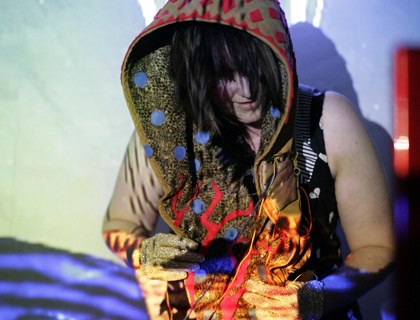 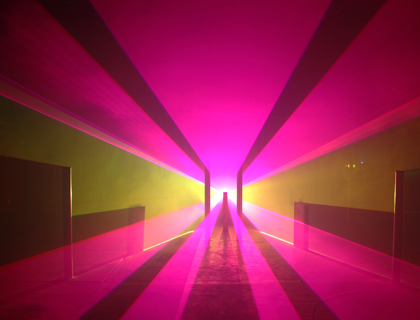