The sixth event in the Unconscious Archives series combines light activated sonic experiments, and live chemical manipulations with a deep exploration of time and space through the confines of the 16mm filmstrip. 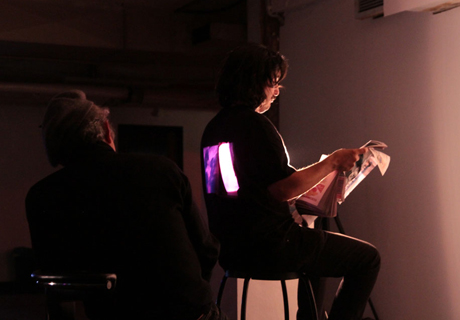 Takahiko Iimura has been a pioneer Japanese artist of experimental film and video since 1960. Residing in both Tokyo and New York, Iimura has had numerous exhibitions in Japan, the US, and Europe. One of his early films, ONAN, was awarded Special Prize at the legendary Brussels International Experimental Festival. Recently, he has been working with computers, publishing multimedia CD-ROMs and DVDs of his films, videos, graphics, texts, as well as photographic works. Perhaps the most enigmatic figure in avant-garde cinema/video, Takahiko Iimura mediates Zen spirituality and technology with playful irony.

Takahiko will present film works including;

“Three 100-foot strips of clear leader, on each of which Iimura has printed numbers. In the first 100-foot strip, numbers from 1 to 24 are printed, one per frame…The result is an unusual degree of awareness of the basis pulse of the film experience.7) During the second 100-foot strip, numbers from 1 to 60 are printed on the film, one number each twenty-fourth frame. The result is an almost entirely different experience. Instead of the flickering numbers catching and holding our attention, their one-per-second appearance seems to measure off duration of light… The final 100-foot strip is measured in minutes: “1” appears at the end of the first minute, “2” at the end of the second." – Scott MacDonald, “A Critical Cinema” California University Press) .
Takahiko Iimura 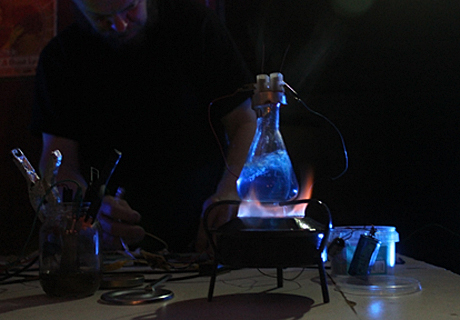 Jonathan has a long history of organising and collaborating speculative and situational events. With others he has elaborated DIY material processing laboratories, environmental installations, speculative symposia, and social software events executed in numerous international festivals, venues, and institutions throughout Europe, the US, and Brazil.

Current projects are informed by an interest in ‘code-brut’ reconfigurations of the material substrates of computation, with one output of this work being occasional live material-chemical performances.

For Unconscious Archives Kemp will work from an array of material probably including rock ores, oxides, sulphates, and silicates, in combination with ice, heat, pressure, acids, piezo crystals, and IC circuits.
XXN
The Crystal World 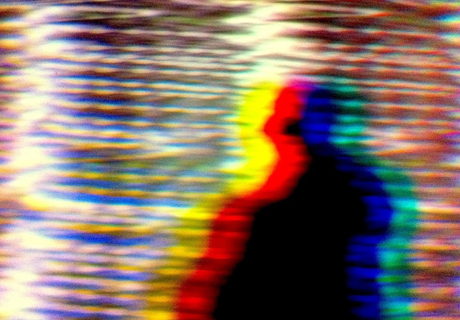 John Bowers works with analogue modular synthesisers, homebrew electronics, reconstructions of antique technologies, and digital media to combine sound, image and embodied action as fundamental material energies. He has performed at international festivals including Electropixel Nantes, Piksel Bergen, and BEAM London, and has recently toured with the Rambert Dance Company performing David Tudor’s music to Merce Cunningham’s Rainforest. He co-founded the Onoma Research label, playing guitar in the noise band Tonesucker. He is part of the Interaction Research Studio, Department of Design, Goldsmiths, University of London, and was a contributor to the Studio’s Prayer Companion, part of the permanent collection at MoMA, New York.
John Bowers
Onoma Research 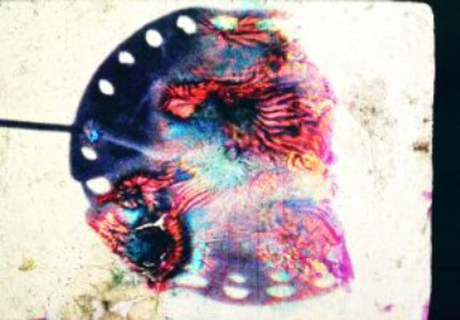 Electric Fence – film and slide performance. Super 8 footage of an electric fence insulator in a field was buried at the site and left to decompose. The resultant images were optically printed to create 16mm film loops. The images were rephotographed to create 35mm slides.

Projected together the images are an array of disorientation and conjunction, colliding to form vague representations of the original site, and the resulting state of the film material. Adam Asnan supplies a live sound score for this performance at Cafe Oto.

Adam Asnan’s work promotes the aesthetic potential of fixed (recorded), amplified sound, and the instabilities of a format; the auditory ‘image’ subject to intervention, or the whims of its artifice.
Adam Asnan